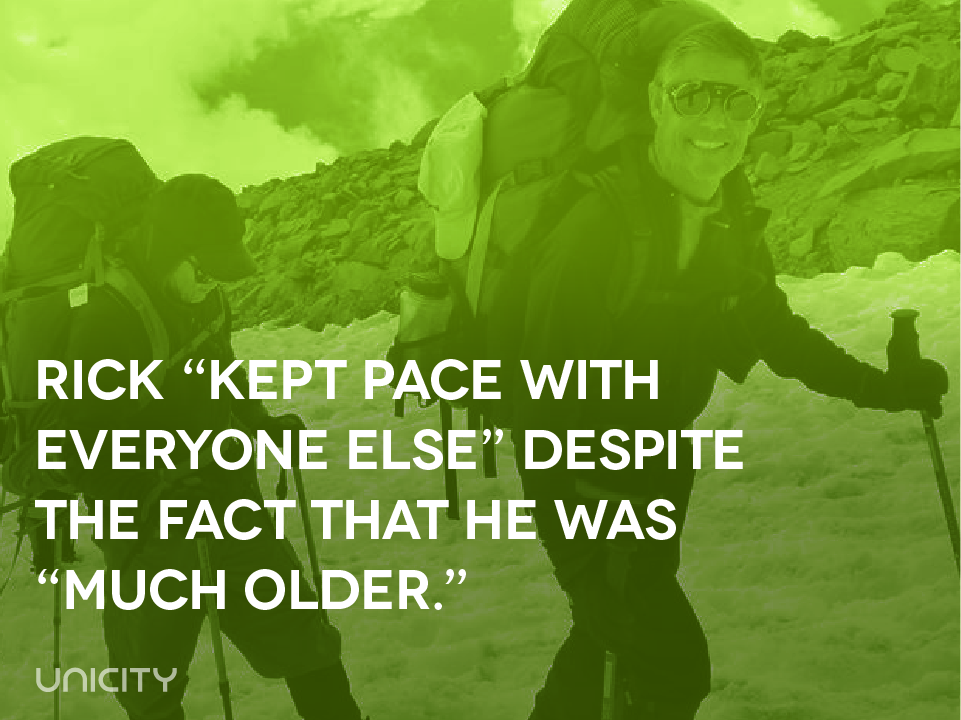 The highest point in the Western Hemisphere is found in the Andes range of Argentina: Aconcagua. It’s one of the Seven Summits — the name collectively given to the highest mountain from each continent. Aconcagua rises 22,838 feet, meaning that all those who attempt to summit it must deal with the high altitude and extreme weather. The mountain claims lives frequently, and has even been nicknamed “Mountain of Death.” The climb is not for the faint of heart.

Rick has always had a fondness for the outdoors, long before he decided to climb giant mountains. Growing up California gave him a love for surfing, sailing, and water skiing. Rick began to enjoy endurance sports in college when he started running to control his weight. Regardless of his motivation, Rick didn’t settle for neighborhood jogs. He first qualified for the Boston marathon in 1996, and he plans to do it this year for the 13th time.

With an impressive drive like that, it’s only natural that Rick turned to conquering mountains. It started with hiking relatively tall peaks in the United States, like Mt. Whitney, Mt. Baldy, and Mt. Phillips. But just as he hadn’t been satisfied with casual running, Rick wanted more than simply hikes. He began to climb higher mountains that require mountaineering skills, like Mt. Rainier, Mt. Adams, and Cotopaxi.

When asked what it is that draws him to climb, Rick cites the necessary technical skills. It’s clear he likes the challenge, as well as the fact that he can overcome the challenge through effort and skill. Rick admits that climbing bleeds into everything he does. It’s much more than just a physical activity — ”it helps me to reach for great heights in other areas of my life.” So when Rick says that “the views from the summits are amazing,” you can’t help but think he’s talking about more than just the scenery.

That drive to reach for great heights is what took him to Aconcagua. He decided several years ago that he wanted to climb it, but he knew the challenges: Aconcagua “is a very remote and high mountain that requires an expedition style of climbing. You don’t just decide to climb it one day and go do it the next because of the extreme altitude.”

That altitude requires much from climbers, including endurance. As Rick explains it, “because of the extreme altitude and the acclimatization necessary to reach the summit, we were on the mountain three weeks.” And it isn’t just an issue of time. “On each climb, you have to be very careful to make sure your acclimatization is correct.” Failure to do so can lead to altitude sickness, and “altitude sickness can stop your summit attempt.”

Rick had reason to worry about his attempt, as on Summit Day he woke up early and “my stomach was not feeling good.” He was determined to push forward, despite the warning sign. He had his breakfast and began the climb. Before long, “my stomach was tossing and turning.” If Rick didn’t figure something out, he might not see Aconcagua’s summit.

Rick drank some Unimate at the first break. He was pleased to find that “my stomach stopped bothering me immediately.” He continued to drink Unimate throughout the ascent, and he continued to feel good. In fact, Rick “kept pace with everyone else” despite the fact that he was “much older.” 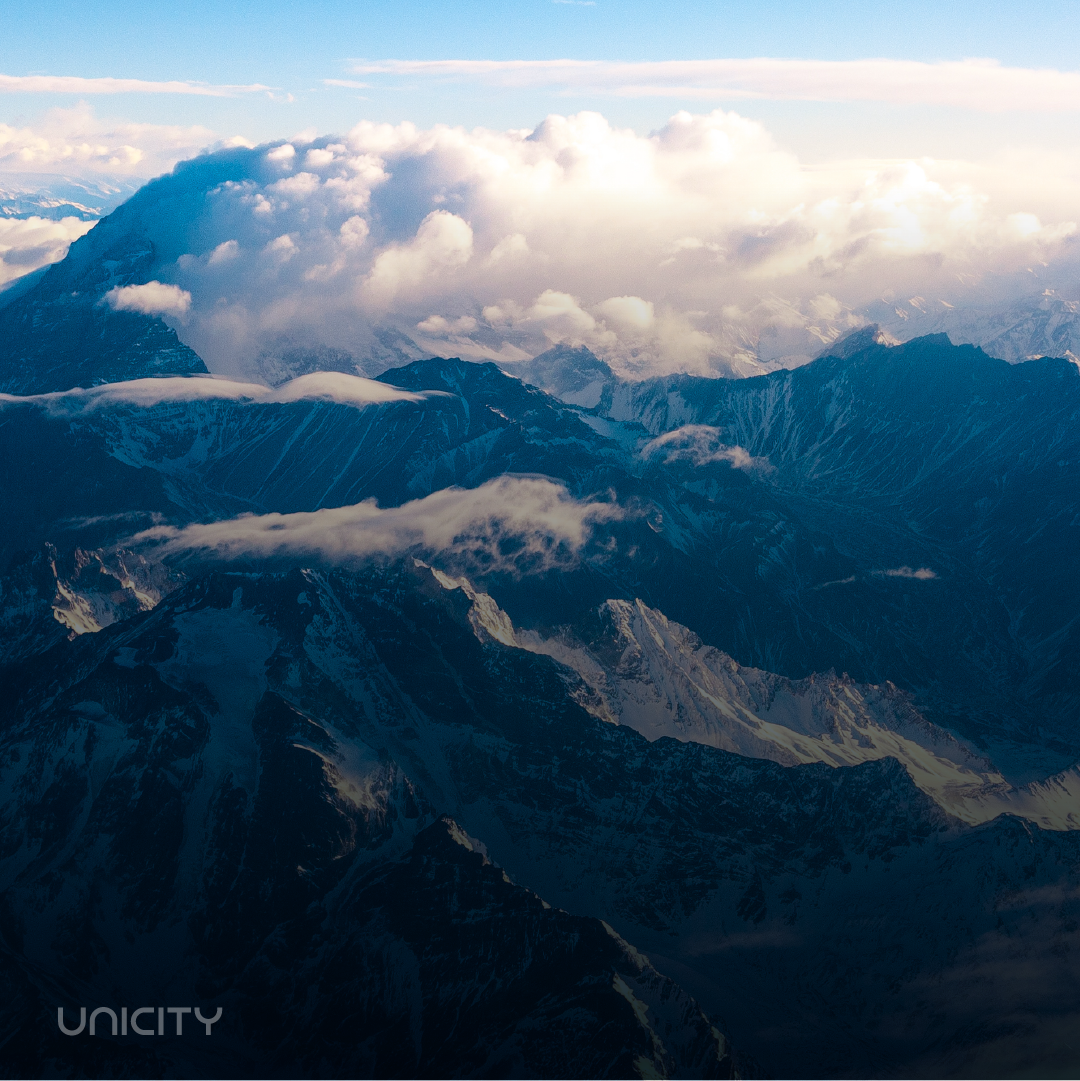 As you expect, Rick made it to the summit. Looking back, it wasn’t as hard as he’d been expecting, despite his early sickness: “I hate to say the summit day was easy, but I thought it was going to be much tougher.” Easy or not, Rick conquered Aconcagua, fulfilling his dream.

There are still highs places in the world that Rick hasn’t climbed, but maybe not for long. As he looks to the future, Rick has other mountains he hopes to summit. We can’t wait to see what heights he rises to next. 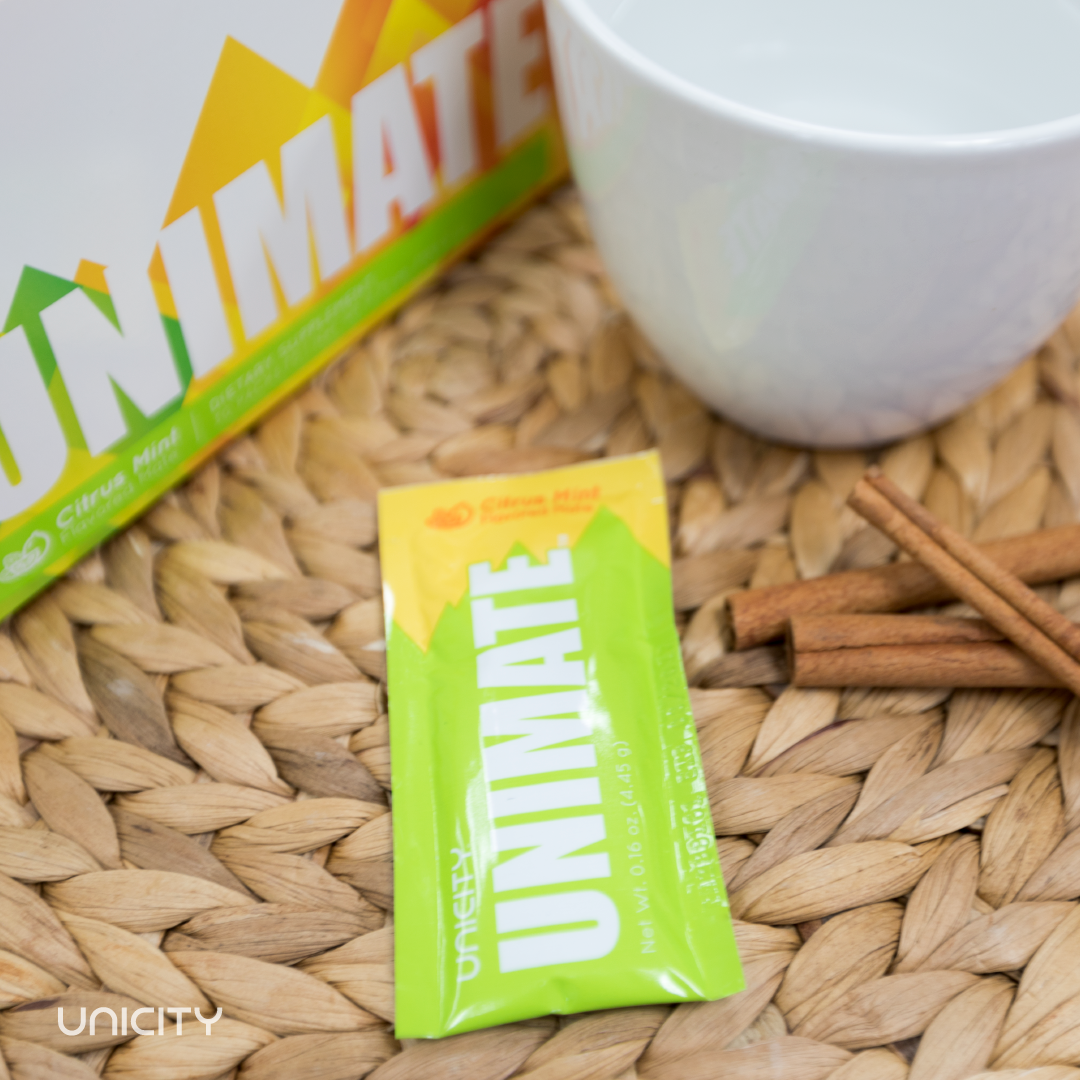