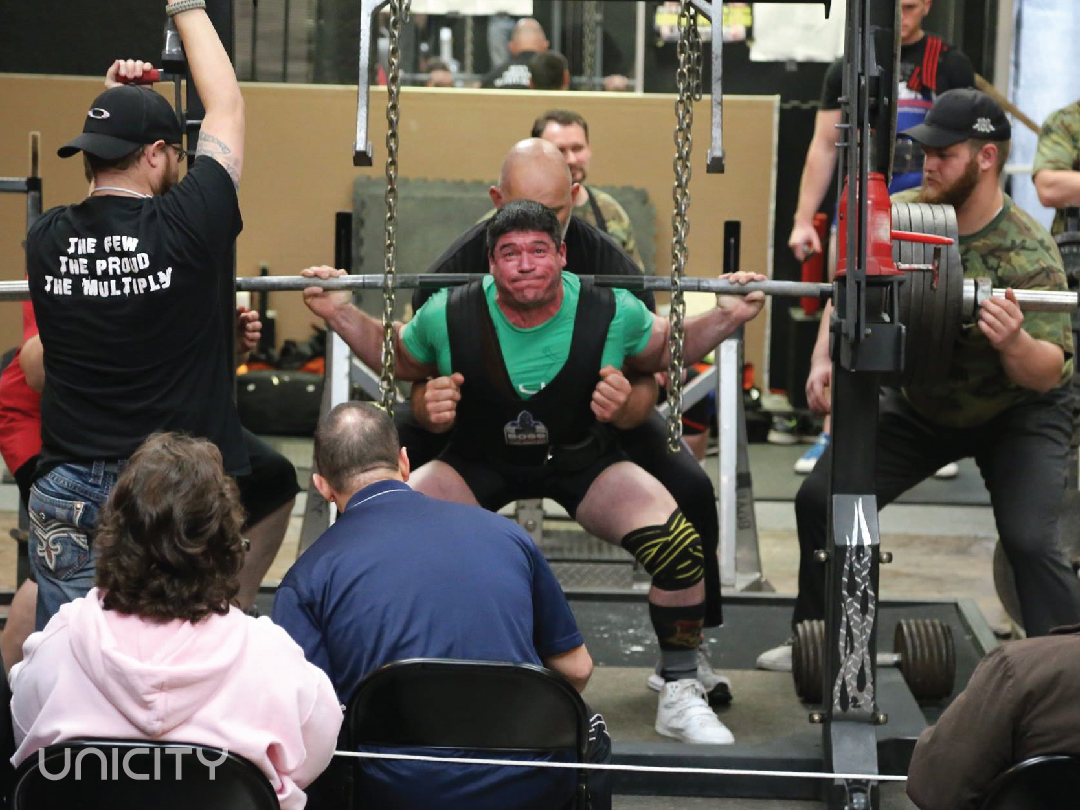 Michael Saunders is an accomplished powerlifting champion who is setting new records. We caught up with Michael to discuss some of the challenges he’s overcome and what it’s taken to reach his level of accomplishment.

With so many different athletic options out there, why did you choose Powerlifting?

I’ve always been fairly strong and felt at home in the gym, so it is something I’ve done for a long time. After being out of school for several years, I missed competing and found powerlifting. Once I started training and competing with other powerlifters, I was hooked. The people in the sport are all very helpful, and since we all have lifting as a hobby/similar interest, we tend to get along pretty well.

I’ve almost always lifted weights and been health conscious. Before I did powerlifting, I was running five miles every day trying to get my 5-mile time down below 30 minutes. I wasn’t competing with anyone other than myself, but it helped get me in the gym.

How did you begin your journey into Powerlifting?

I found a website (www.utahpowerlifting.com). Back then, it had a Q&A forum, and I started asking questions. Pretty soon I found a group of people to train with. I did my first competition in Idaho Falls at the AWPC raw nationals. I had a blast and was totally hooked.

What was the hardest part about getting started?

Finding the right group of people to lift with and finding the time to lift.

What have been your biggest challenges/setbacks?

I severely injured both of my knees while squatting in a competition. I basically collapsed under the weight and broke off the top portion of the tibia in both of my knees. I also cracked my right knee cap.

How did you resolve these challenges/setbacks?

In October of 2009 I had surgery on both knees. The doctor used an experimental technique in which he transplanted material from a juvenile donor, along with growth hormones, biotin and several other things into both knees. I had to lay in bed for three months, completely non-weight bearing. It was over a year before I could squat my bodyweight and almost two years before I could squat 400 lbs. In 2013, I got my first successful squat in competition after my knee surgery, at 805 lbs.

What do you love the most about Power Lifting?

I love the competition and the camaraderie between lifters.

How do you mentally prepare for a competition?

Can you think of someone who has helped you along your journey? Tell us about them.

I have had a lot of people in Utah help me. I am fortunate to train with a group of lifters that have a ton of knowledge and are more than willing to share. Lifting heavy isn’t something that one can easily do alone. It takes a committed team of people to keep each other motivated and more importantly, to keep each other safe during heavy workouts. 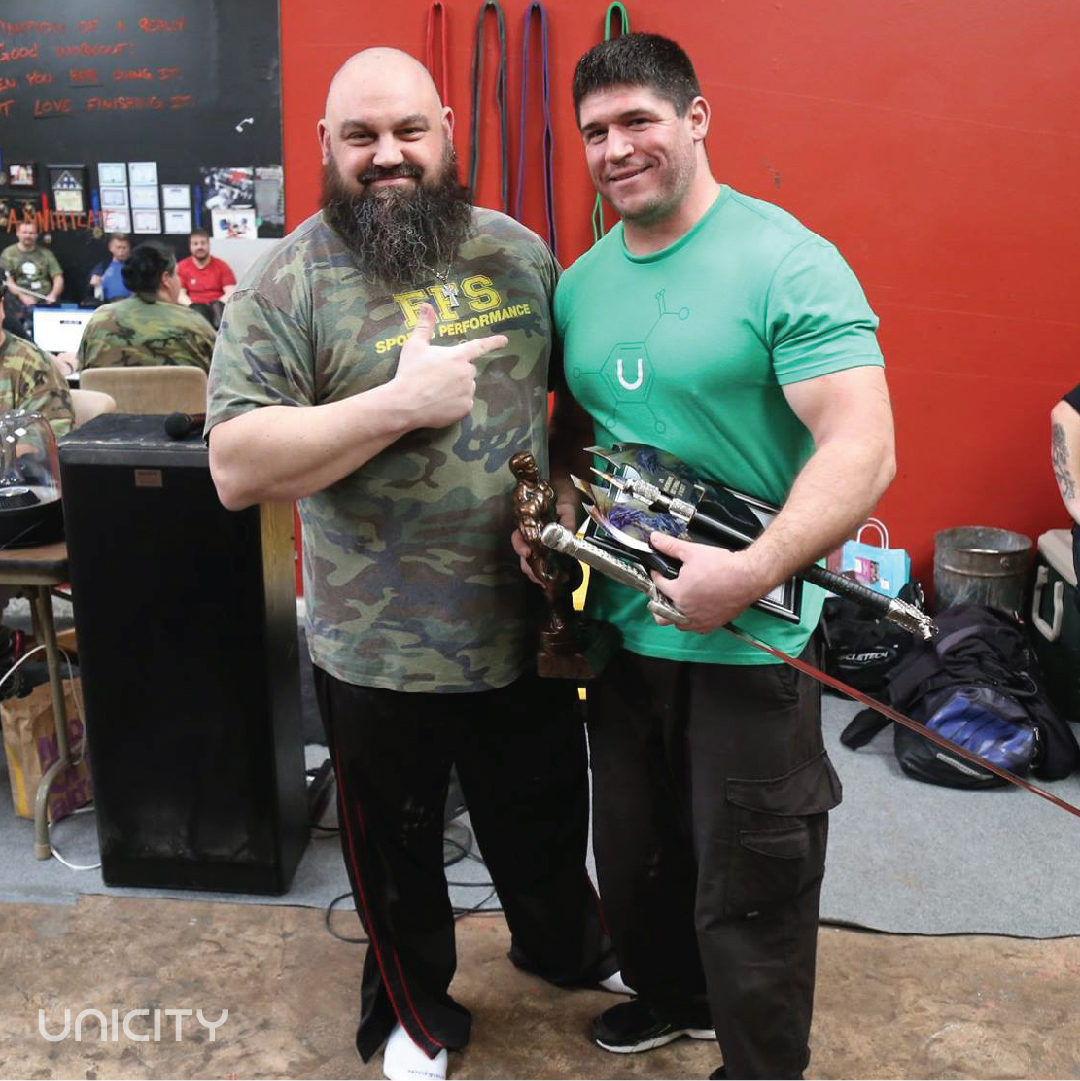 What is something you have learned about yourself along the way?

I’ve learned that the human body is capable of amazing things and that physical limitations are almost always well beyond the mental limitations we place on ourselves. If we forget that we “can’t” do something and just keep working and being consistent, soon we will be doing the things we thought were impossible.

Can you describe an experience you’ve had that you felt was particularly successful?

Last December, I competed at a local competition. I was supposed to do squat, bench and deadlift, but I pulled my hip flexor muscle during squat warm-ups. I was disappointed because I had worked hard to get my body weight down to 198 lbs. and was hoping to set some all-time national records for my weight class. I decided to switch to bench only just to try to salvage something out of the day. I struggled through warm-ups. I couldn’t brace myself with my legs properly because my injured leg kept cramping up. I wasn’t expecting to even get a lift in so I just put my opener at the all-time national record of 667 lbs. figuring that if I got a good attempt in, I could give it a shot. On my second attempt I hit everything perfectly and managed to just press out the 667 lbs., giving me my first all-time record.

Is there an achievement you are the proudest of?

Even though I’ve done more since, and had much better days on the platform, the proudest I’ve ever felt during powerlifting was when I completed a successful squat in competition after almost four years of recovering from my knee surgery. I had tried several times to get a good squat in competition, but I was honestly very scared I was going to hurt myself again. I would do fine in training, but in competition I would always have small issues and never make a good lift. When I finally did get a successful squat, it felt amazing. 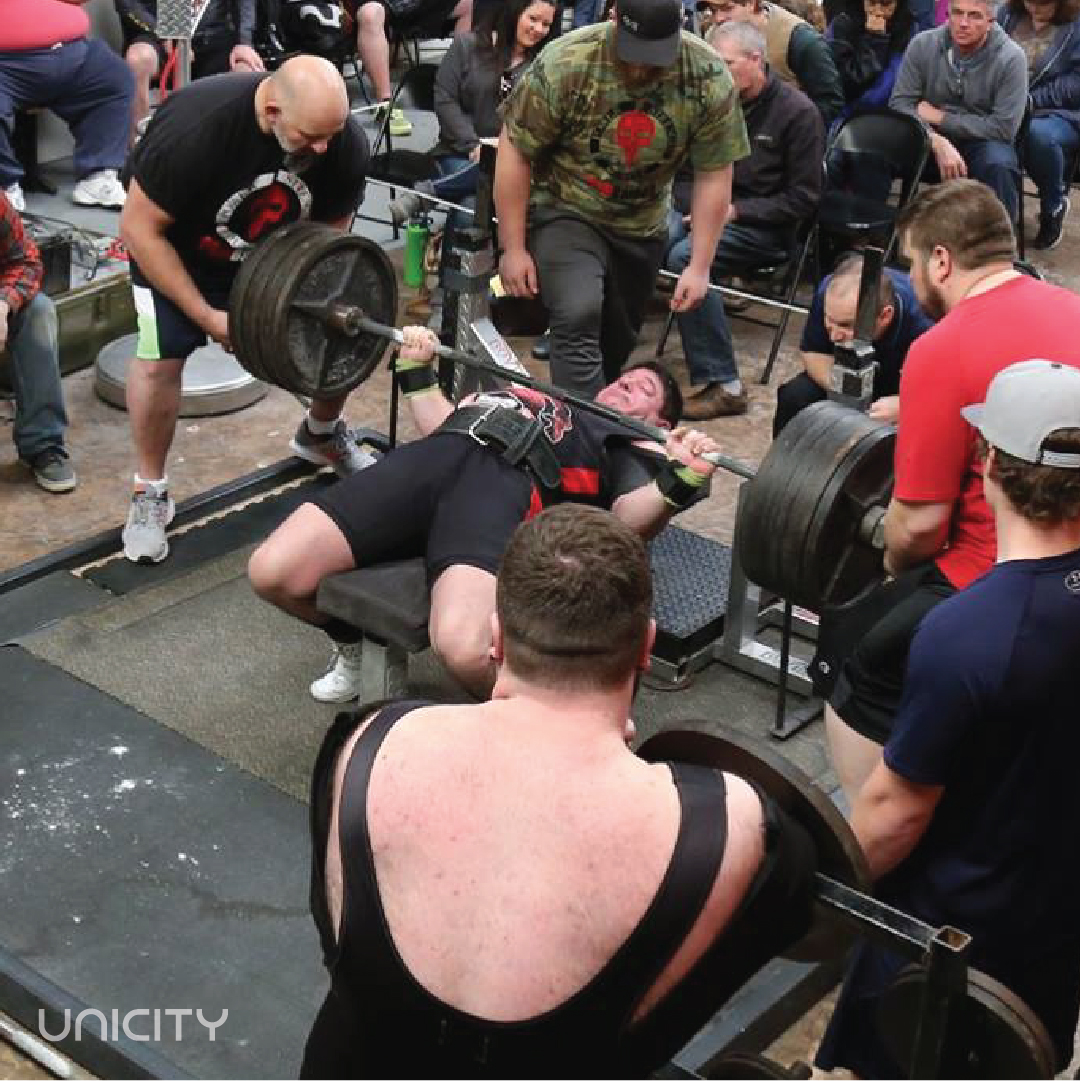 How did you feel when you accomplished that specific achievement?

After getting my first successful squat post injury, I felt a mix of emotions. The first was a mix of happiness and relief. I was also proud of the fact that I had stuck with it, and even though it took nearly four years, I was able to come back and squat significantly more than the weight I attempted when I was injured.

In the past year and a half, I have lost weight from around 260 lbs to just over 210 lbs. Right before I started working at Unicity, my strength was very low. I had lost over 100 lbs on every lift and was feeling tired and almost unable to train. When I started at Unicity, I started taking our Omegalife-3 Fish Oil, Renew for Men, and Joint Mobility products. After about a month, all my lifts started going back up while I continued to lose weight. Now, in spite of the fact that I have lost almost 20 additional lbs since starting work at Unicity, my lifts have increased to about where they were before I started losing weight. With Unimate in my program, along with the other products I’ve been taking all along, I am doing as well as I’ve ever done in lifting while competing at a body weight that is 50 lbs lower than before. I feel more energetic in my day to day life, I sleep better, I feel better, and I’m happier and a much more well-rounded athlete. I can still lift heavy weights, but now I can also run a mile in under 7 minutes, play racquetball without getting tired, go on hikes in the mountains and be able to look around and enjoy the view instead of just focusing on putting one foot in front of the other. With Unicity products, I’ve been able to keep lifting and achieving my goals in powerlifting while still making my life better in all the other areas as well. 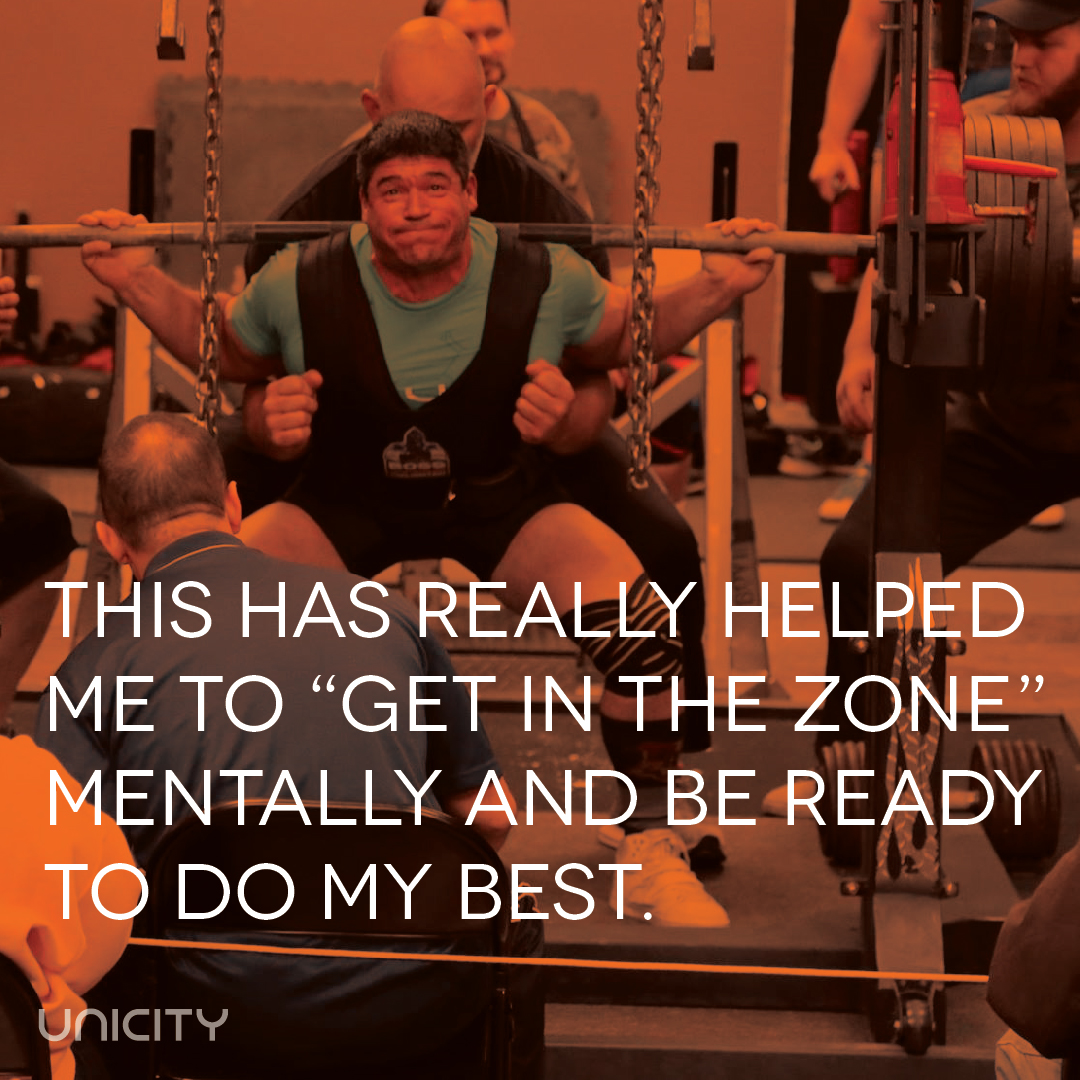