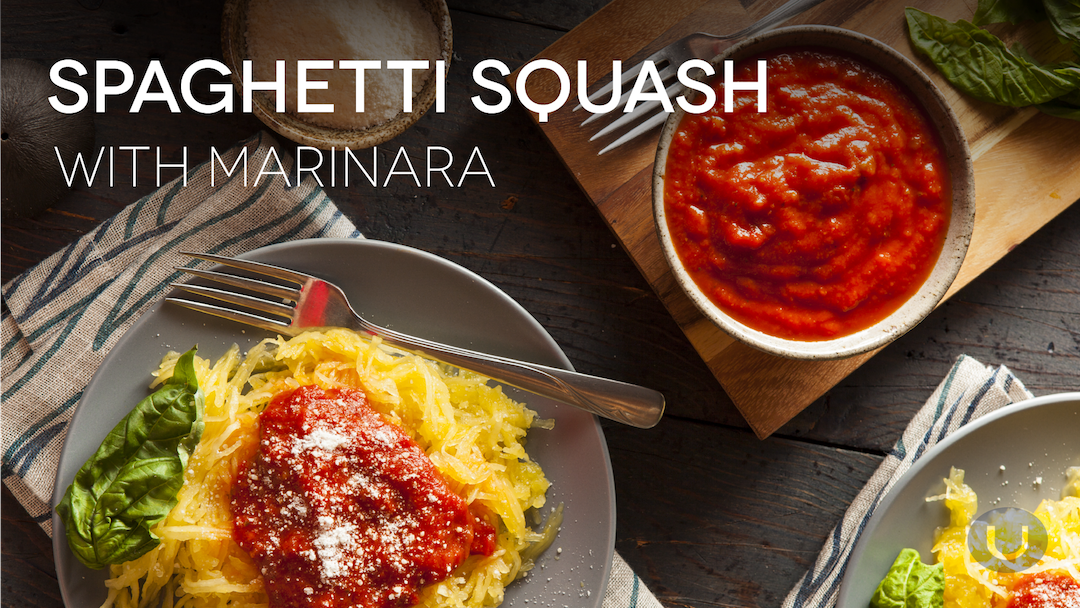 Spaghetti squash is a fantastic alternative to the traditional spaghetti meal. It’s string-like texture gives a similar feel as an angel hair pasta. It has 7 grams of carbs and is gluten free. This spaghetti squash plate with marinara sauce is sure to be a favorite at your dinner table!