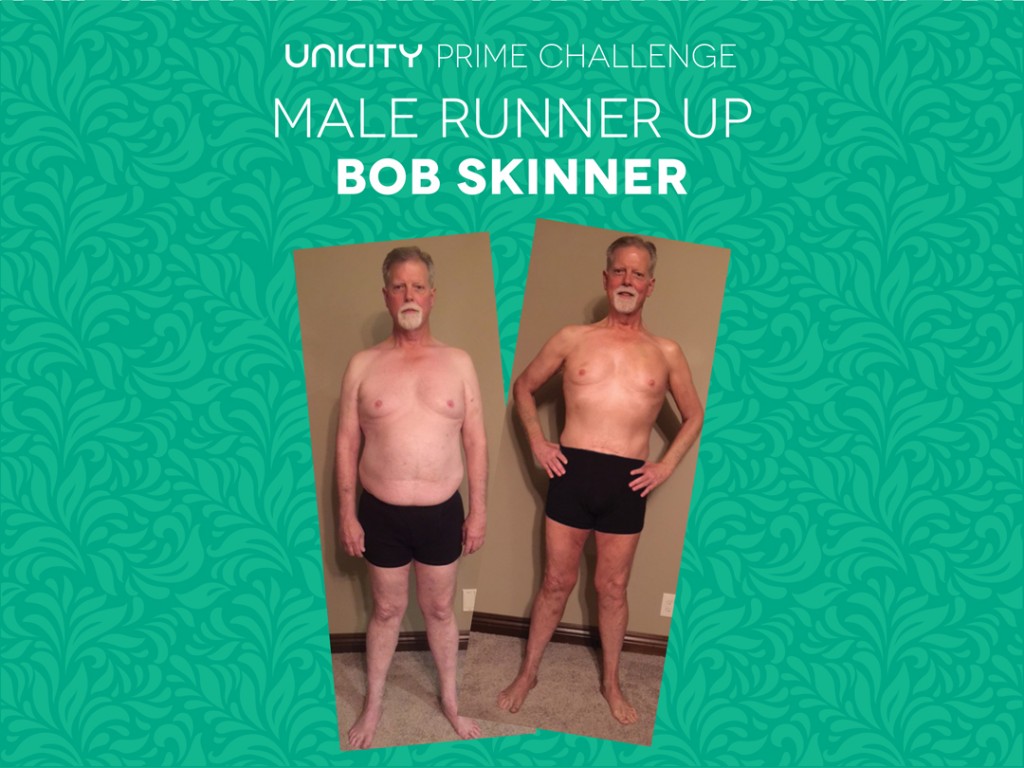 Bob Skinner can pinpoint the day his life changed: June 25, 2016. Up until that point, Bob “loved how I lived my life” and “didn’t think I need to change anything about it.” Sure, he didn’t live the healthiest life — at 59 years old, Bob “had accumulated a lot of bad habits along the way.” His eating habits were bad, he smoked at least 30 cigarettes a day, and his high-profile job meant that he was always stressed. But it was his life, and he was content. Until that day in June.

In the middle of the night, an intruder broke into Bob’s house as he and his wife were sleeping. Fortunately, Bob was able to apprehend the intruder and turn him over to the authorities, but Bob didn’t escape unscathed. As he tells it, “the incident sent me to the hospital in the back of an ambulance,” where he had a massive heart attack just as the ambulance arrived at the hospital doors. Bob lost consciousness and was immediately taken to surgery. When he woke up, he was told that he survived what is commonly called a “widow maker.” Everything changed then. As Bob says, “it was a wakeup call for me to change my lifestyle — immediately.”

Fortunately, Bob quickly found a way to do so. His neighbor came to check on Bob and his wife and invited them to attend a session to learn about Unicity Transformation. After recovering for a few weeks, Bob attended. Though he doubted he would achieve the remarkable results he was shown, he figured, “I had nothing to lose and everything to gain.” He was determined to be open-minded and willing to listen.

It worked. Bob learned how to eat better, began exercising four to five times a week, and quit smoking cold turkey. He’s also reduced the number of medications he takes. As he puts it, “this program transformed my life and taught me the discipline to maintain this new ‘me’ going forward.” In fact, though the Prime Challenge is over, Bob is still losing weight.

Bob is grateful for his second chance, and he’s grateful for the program that helped him change his life. Whenever people compliment him on his weight loss, Bob tells them they can do it too through Unicity’s Prime Challenge, and he truly believes that. As he says, “You have nothing to lose and everything to gain. Invest in your now to prevent the need for a second chance. When your 12-week challenge is complete, you’ll be proud of the accomplishments you’ve made along the way and thankful you believed in yourself enough the take the first step.” Trust him — he would know. 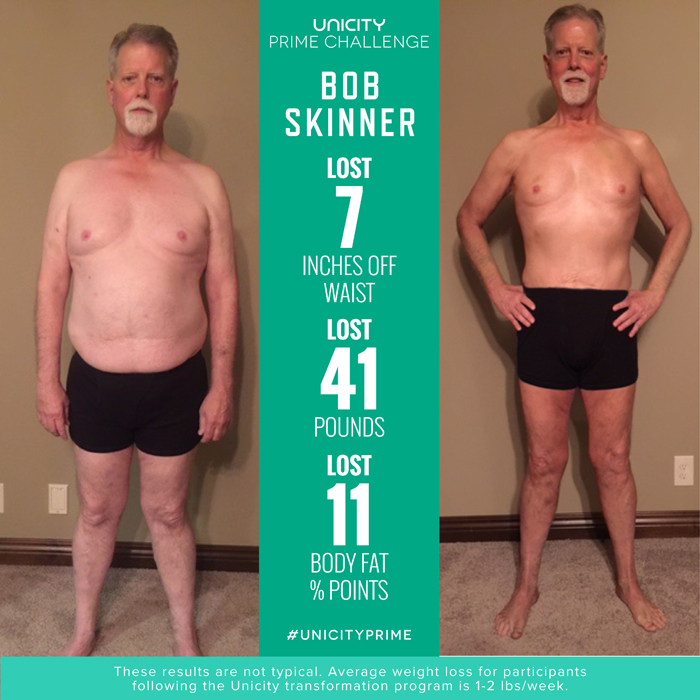 Tags: Before and After, Prime Challenge, Unicity Transformation