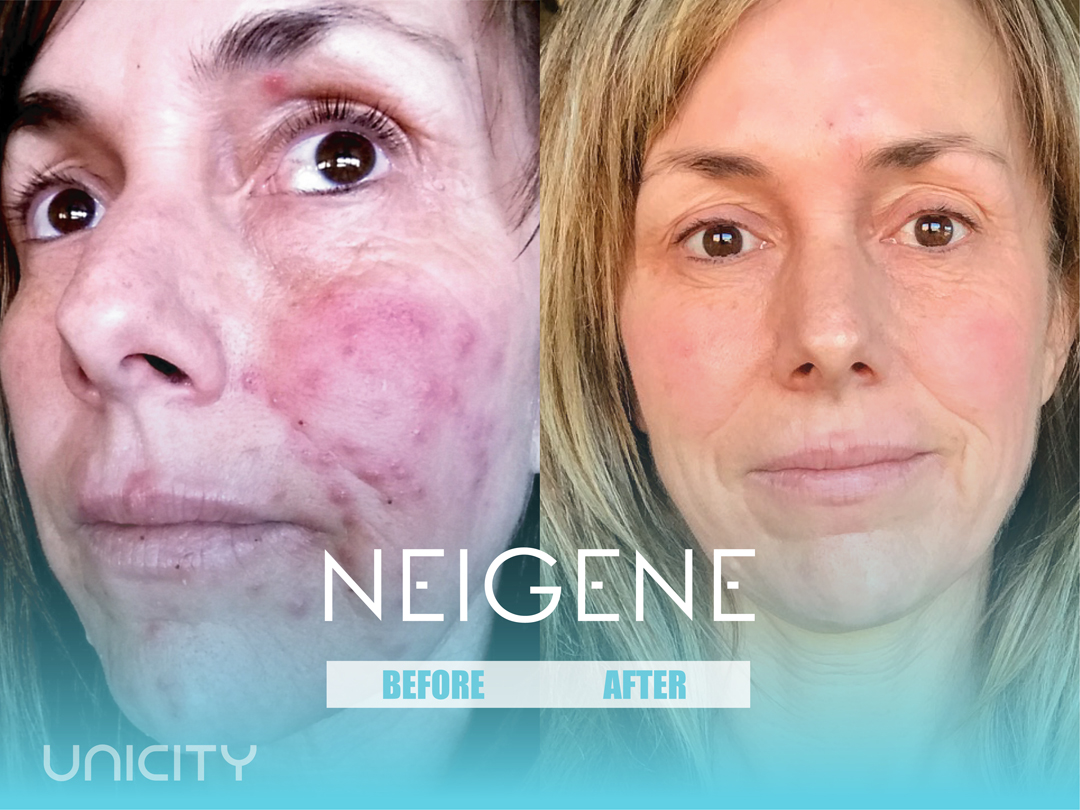 April Judd has spent the past 10 years fighting her skin. She has an un-diagnosable skin condition that causes the left side of her face to break out, itch, and burn whenever she gets stressed or excited. Despite years of looking for answers, April doesn’t know what the condition is or what caused it.

This condition has been devastating for April. The physical effects when her condition flares up are awful, with itching and burning making her miserable. It’s painful enough that April reports that even water hurts her skin. All of that is unpleasant, but sometimes things get much worse. In October 2016, April scratched herself in her sleep, resulting in a secondary staph infection. It wasn’t the first time that had happened.

“It affected my confidence as a woman, a wife, and a professional.”

Even when things were relatively better, April describes her skin as “thick, dry, and damaged.” Despite 10 years of speaking with doctors and spending “hundreds, if not thousands, of dollars” to find relief, nothing had worked. April tried everything she could think of: “skin care systems, lotions, medicines, creams, drops, doctors, specialists, allergy shots, and energy healers. I have tried bland food, no dyes, no fragrance, only wearing cotton. I’ve changed my bedding, my pillows, and gave up our animals.” Nothing helped. “Every time I thought I had a possible solution, I would get my hopes up, only to then become disappointed and frustrated.”

The emotional toll on April was immense. Beyond the disappointment and frustration of looking for answers, April was self-conscious about her skin. After 10 years of struggling with her condition, “it affected my confidence as a woman, a wife, and a professional.” She felt her skin aged her, and her self-esteem was suffering.

“This is what I told all the doctors.”

That was April’s life in December of last year, when she attended Unicity’s Global Convention and heard about Neigene. She hadn’t expected to find answers at Global Convention — in fact, April recalls being skeptical when she heard about the new skincare regime. She might have passed on Neigene entirely, until she heard Dr. Dan Gubler say that skin can get stuck in an “on” or “off” position. April had believed this about her skin for years. “For years, this is what I told all the doctors, that it was like my pores didn’t work anymore, that they were damaged deep into the cellular level or stuck.” Dr. Gubler said that Neigene was developed to flip the stuck switch. With that, April knew she’d have to try it.

Years of false hope kept April from getting too excited, but she bought Neigene anyway. “I decided I would try it as soon as I got home.”

April began the system on December 16, 2016. She says her skin “itched and stung” on that day, and she felt bad about its appearance. Wanting to be thorough, April took a picture to document her skin at the start of the process. Two weeks later, on December 30, 2016, April took another picture. The changes in her skin were noticeable, and she felt she was on to something. 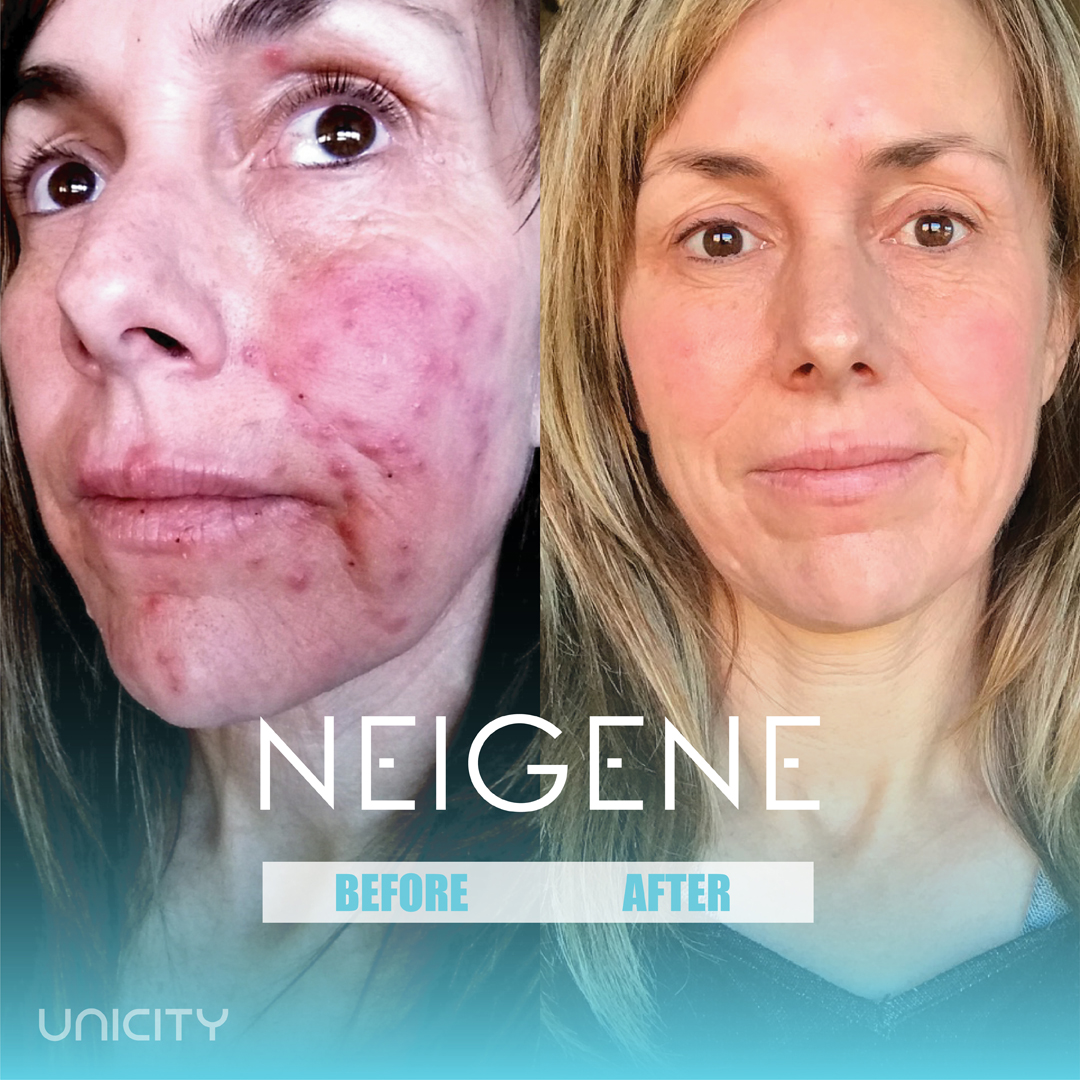 April was enjoying the changes in her skin, but began to grow anxious as her supply of Neigene dwindled. She worried she wouldn’t get more in time and that she would lose all the progress she’d made.

In the end, April’s Neigene cleanser and night cream lasted until she got a new supply. She reports that on March 5, 2017, her skin was “a little irritated,” but “it had stayed supple and soft. I didn’t have the wrinkles I had before, and I still felt pretty.” She received her next shipment, and by the next morning, she felt her skin had drastically improved. “Normally,” she says, “it would take up to two weeks to have the irritation go away.” With Neigene, she saw dramatic change in under 24 hours.

“I am forever grateful!”

April feels much more confident than she did back in December, both in her own self and in her ability to get her skin under control. She reports that “I am still documenting, but my skin is getting healthier and better every day.” She even optimistically suggests that “we are going to get this under control once and for all.” And for that, “I am forever grateful!”

We are delighted by the changes April is seeing, and we look forward to her healthy future! 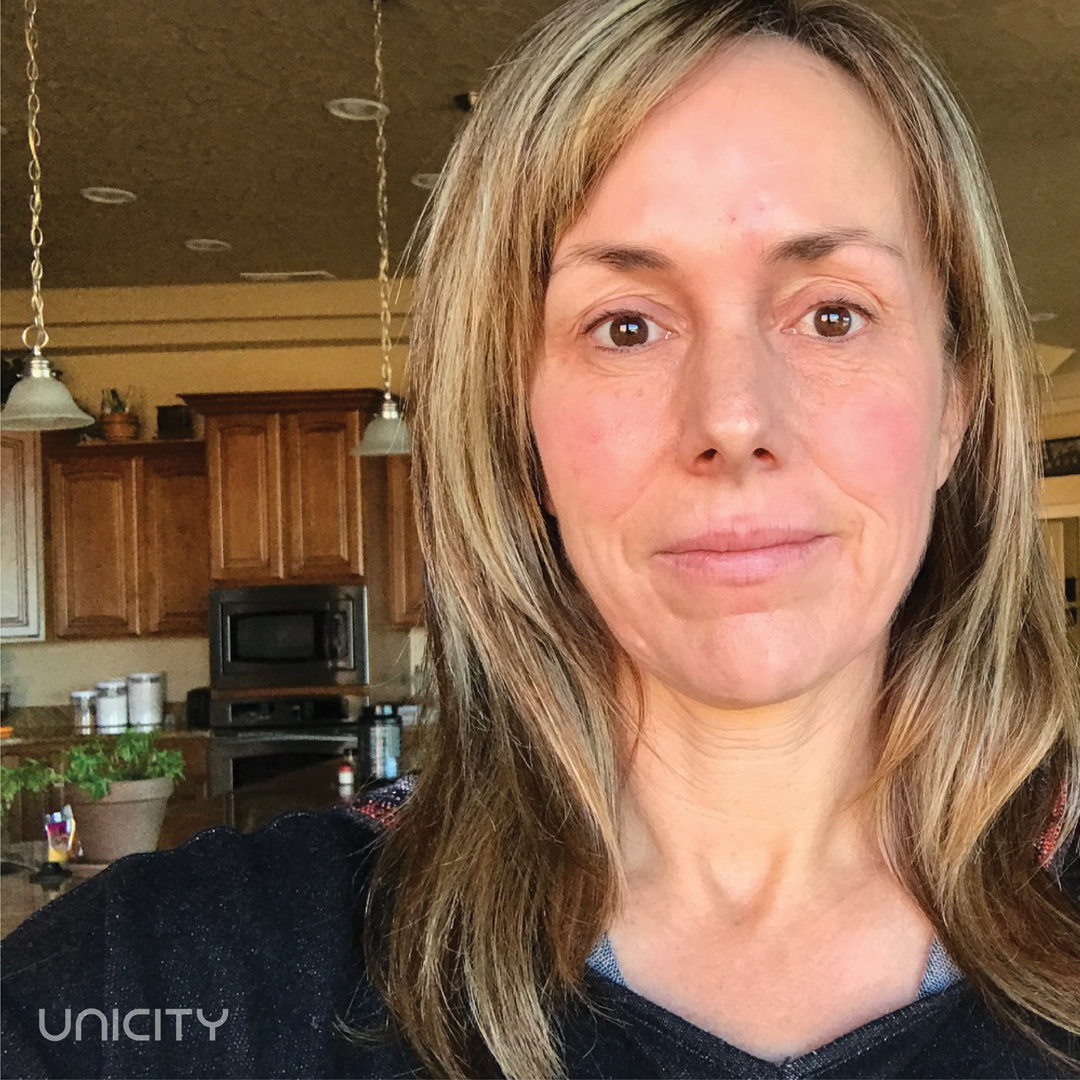